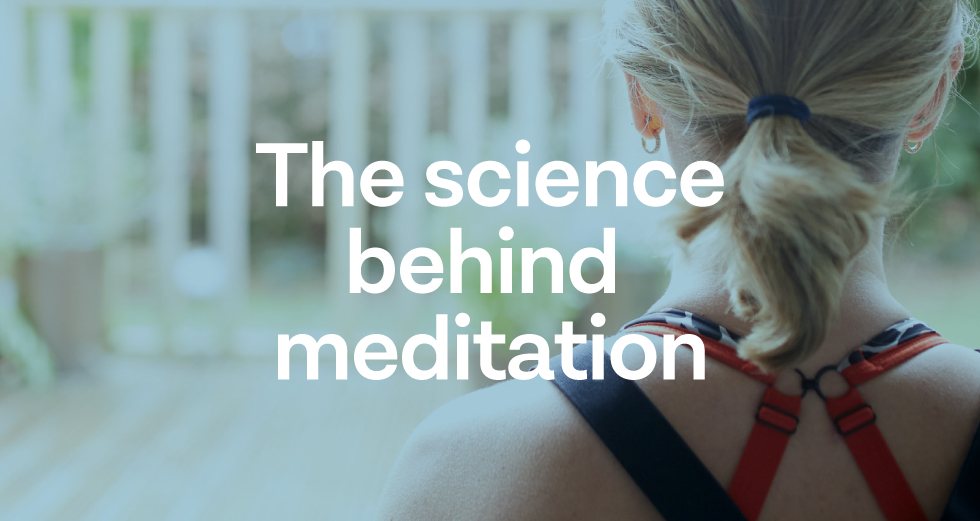 The Science Behind Meditation

Meditation has caught the interest of the scientiﬁc community sparking considerable excitement as more and more evidence of it’s beneﬁts are recognised. It has a measurable beneﬁcial effects on the brain and the body.

The 1990’s, known as the ‘decade of the brain’, saw an increasing amount of evidence on the effect of meditation on the brain. Neurons transmit brain waves. These change depending on our thoughts, feelings and activity. An electroencephalogram measures brain waves. Delta waves (1-3 Hz) are low, slow frequency brain waves. They are associated with deep, dreamless sleep. Theta waves (4-8 Hz) are known as the creativity waves. They are highly active in 2-5 year olds, the age at which we are most imaginative. In adults, they are seen in deep relaxation, meditation, dreaming and mental imagery. Alpha waves (9-13 Hz) are seen in relaxed wakefulness and in meditative states.

Beta waves (14-30 Hz) are seen in awake, alert consciousness. These are fast waves and the more stressed we become, the more intense these beta waves become. Gamma waves (40-70 Hz) are the fastest brain waves. It allows a simultaneous passing of information from different brain areas and rapid processing of information. As a person meditates the waves slow and an increase in alpha waves is seen. As a deeper state of meditation is reached there is an increase in theta waves.

The enhanced levels of alpha and theta waves signiﬁes relaxed alertness and is conducive to mental health. Neuroplasticity is the term for the development of new neurons in the brain in response to experience and meditation has this effect. MRI studies conclude that there are modiﬁcations in the areas involved in self-referential processes as well as areas involved in attention, executive functions and memory (4). There is better emotional regulation with reduced amygdala (the fear centre) reactivity seen on fMRI. Numerous studies show that the structure of the brain is altered by meditation. Regional cerebral blood ﬂow is enhanced to areas of the brain responsible for executive function. These beneﬁcial physiological and structural changes is promising in clinical conditions associated with reduced brain function and size.

Meditation has been shown to slow brain atrophy and increase cortical thickness. The increased grey matter in the the frontal and hippocampal areas of the brain following meditation account for the enhanced ability to cultivate positive emotions, retain emotional stability and improved memory. Beneﬁts are also seen within the body right down to cellular level. It improves over all health and immune system function. A trial measuring the effects of a 3 month meditation retreat on the activity of the Telomerase enzyme, which is linked with improved cell longevity, conﬁrmed a signiﬁcant greater activity in retreat participants. This essentially means we do not age as quickly or become prone to disease so early.

Another trial also showed improved immune system function and less stress response in participants randomised to six weeks of meditation compared with health education. Meditation was even shown to be better than exercise in it’s ability to improve our immune system against the cold virus! Blood pressure has also been shown to reduce with a trial comparing an 8 week mindfulness meditation to health education talks. Participants were similar in both groups but randomised to each intervention. A signiﬁcant reduction in blood pressure was seen in those practicing meditation after 8 weeks. A statement from the American Heart Association following a study of over 400 trials is that meditation possibly reduces cardiovascular disease risk and so can be added to patient management given the low risk of harm. Mental health can be improved with meditation. Stress, anxiety and depression is reduced, resulting in improved quality of life.

There is also a beneﬁt in cancer survivors with a brief meditation program leading to less stress and less inﬂammation response within the body. Meditation appears to have beneﬁts to both mind and body as well as enhancing a sense of wellbeing and purpose in life. Given the low cost and low risk of harm it is an exciting possibility that this can be implemented in anyone’s life and result in beneﬁt. More research is being done with better quality trials and so the future is full of promising evidence. A positive conclusion to a positive practice!